How to beat an escape room 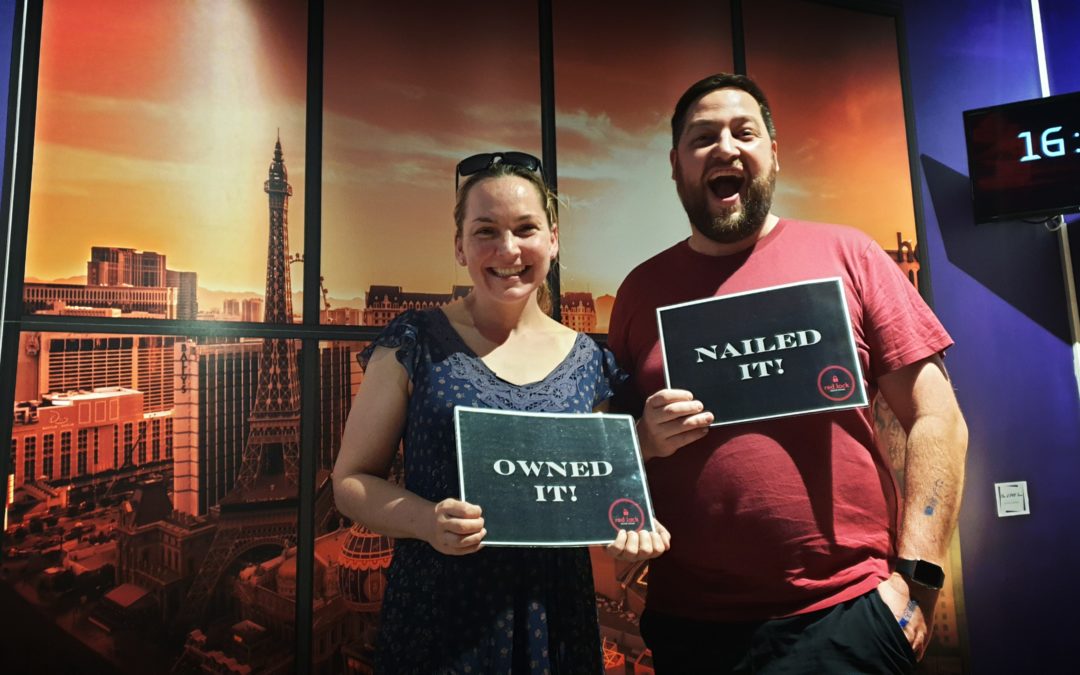 I could start off by saying the most obvious answer.. “Escape the room,” but I doubt that would be much help to anyone. Before I started working as a “Game Master” I myself had played a few escape rooms back home in Canada. But to be honest, all those times me and my friends would go in with not much of a strategy and run around the room like chickens with our heads cut off. Eventually the voice of reason in our group (never me) would make the point that not much would be accomplished until we came up with a game plan. After now having worked at an escape room for a couple of months and having the privilege of watching hundreds of groups attempt the escape, I can safely say that tip number 1 is to always have a game plan.

This doesn’t have to be anything crazy, I mean.. you can’t make up much a of plan when you don’t really know what you’re going to be up against. But have some sort of plan. I can’t tell you the amount of times that a group will go in very confident and 30 minutes into a game no progress will be made because everyone seems to be on a different page!

Keep track of what puzzles you have solved and what clues you have found. This is a big one to remember! There’s nothing worse that trying to use a code repeatedly, only to realise later on that it had already been used 20 minutes ago! Often times, you might already have everything you need to escape out of the room, but you don’t even realise it. I’ve watched so many games where someone will have opened a safe and gotten a clue, only to completely forget about it minutes later. This is why making sure that everyone on your team is aware of what puzzles have been solved and what clues are still to be used is so important.

Listen to each other! Again, I am blessed with the ability to listen to everything that is said during games and most of the time it’s a great laugh. BUT THEN, there are the times when I hear a small delicate voice have a great suggestion or have an answer to a riddle… just to be drowned out by the loudest member of the group. YES WE CAN ALL HEAR YOU BUT MAYBE IT’S TIME TO LISTEN FOR A CHANGE. You are all locked in this room together, I’m sure all of you have something useful to say.

Older does not always mean wiser. I always have people ask me about the difficulty of the rooms and if younger players will find it too hard to solve. What I have found is that age really does not matter in the long run. Everyone’s brains work differently when it comes to solving puzzles and riddles and because of this, younger players can have an advantage as they tend to not overthink things! Sometimes it just takes a player to think outside the box and another to keep it simple and those two ways of thinking are both just as useful as the other! Again, there’s nothing worse than hearing the youngest member of the family have the correct answer to a puzzle, only to have their suggestion thrown out the window. Everyone has a role to play in escaping the room, so make sure to have your voice heard if you are indeed the baby of the group.

Don’t panic and keep trying. If a number combination doesn’t seem to open any locks, make sure to try a few times before becoming frustrated and giving up! If you feel like no progress has been made and you’ve been stuck staring at the same wall of clocks, try something new! Often times, teams are so close to having the right answer, but they start to panic over time and they might give into failure. YOU ARE BETTER THAN THIS! Just take a deep breath, regroup and try again. And when in doubt, the help will always be given to those who ask (yes this is almost a Harry Potter quote).

Finally if all else fails… just accept that you won’t be getting out of the bank vault with the loot, embrace your failures and take it all as a sign that bank robbery might not be your get rich quick plan after all!